As of today, Koala Solar has become one of the few certified Tesla Powerwall Installers in WA. This has been a long process, and it’s exciting to add another innovative battery brand to our offering, giving customers even more choice and peace of mind.

An American electric vehicle and clean energy company based in Palo Alto, California, Tesla entered the electric batteries market more prominently in 2015. The release of Powerwall 2 in 2016 and subsequent improvements have set the standard for expectations around home battery technology.

Of course, there’s always a lot of hype around Elon Musk’s brands, with investors backing innovations at SpaceX, The Boring Company and Neuralink. The guy really does have balls of steel – even if they sometimes break windows.

Musk’s investment in technology has rocketed him to become just shy of Amazon’s Jeff Bezos as the richest man in the world (around $14-billion to go, at the time of writing). With all this innovation linked to the Tesla tycoon, does the Tesla Powerwall deliver?

How reliable is the Tesla Powerwall 2?

Tesla batteries have become a vital part of the energy infrastructure in South Australia. Their large-scale battery array at Hornsdale was expanded by 50% in September 2020 — and it was already the largest of its kind in the world.

A key reason why the state fell in love with Tesla has been homeowners’ uptake of solar systems without batteries. South Australia’s energy minister, Dan Van Holst Pellekaan said at the launch of the expansion: “A third of households with solar is an enormous aggregated solar generator … and we can’t actually manage it.”

The WA government pledged in July of 2020 to fund the installation of nine Battery Energy Storage Systems in regional communities. Still, a large-scale plant similar to SA’s isn’t on the cards right now. Installing battery systems like Tesla Powerwall in homes still helps the grid though, with the units being able to work as a Virtual Power Plant (VPP) in peak periods.

What’s the difference with a Tesla Powerwall 2?

Tesla’s slimline design makes installation on the exterior wall of your home super easily (the P2 can now be ground-mounted as well as wall-mounted) and it’s optimised for daily power cycling.

The system is built in two main parts: a supporting gateway box (the ‘brains’), and the battery, the latter of which can easily be expanded upon with two or three batteries. The original Tesla Powerwall ships with 6.4kWh of storage capacity; the Powerwall 2 is almost double that with 13.5kWh usable capacity and 100% depth of discharge. It offers 5kW of continuous power output (7kW peak) in the case of a blackout or off-grid requirements.

The Powerwall 2 setup ships with an AC battery and an integrated AC/DC inverter/charger. But it’s not a long way to the top if you wanna drop the coal. The advantage here is that the Powerwall 2 can be easily retro-fitted to homes with an existing solar installation. 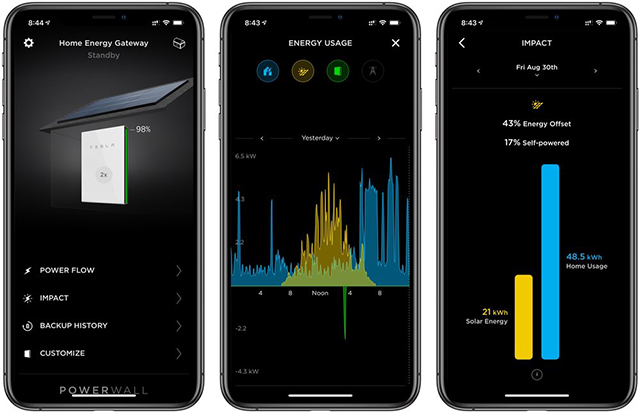 The Tesla Powerwall app is also one of the simplest to understand — and if you drive a Tesla, all the information is in the one application. The app clearly shows where the electricity flow is heading live and measures the performance of your solar panels. It has some other neat tricks, such as monitoring weather conditions that may put your energy independence at risk, and ‘cost-saving’ mode to use stored battery power during peak periods.

Can I install a Tesla Powerwall myself?

Being an electrical device connected to the grid and your solar array, you will need a licensed electrician and Authorised Tesla Installer to install your Tesla Powerwall.

When installing a Tesla Powerwall, Koala Solar will need to alter your meter box to include a backup switch. The switch will send your power to predetermined circuits in the event of a blackout, which may be limited depending on your home’s kWh usage and battery size. For example, a single Powerwall may not store enough energy to run an air conditioner and charge an electric vehicle for a prolonged blackout.

The Tesla Powerwall can be installed on an outside wall of your home, in which case we recommend choosing a site that is undercover and in the shade for the majority of the day. While the Powerwall 2 has liquid cooling technology, reducing heat in Perth’s generally warm climate may help with safety and battery longevity. We can also install the system in non-habitable rooms such as your garage, laundry or workshop. 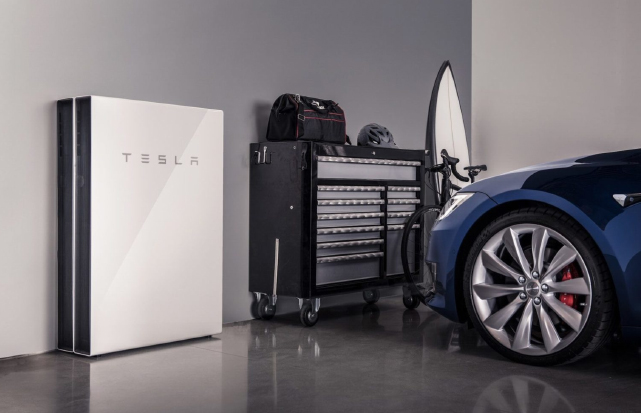 The Powerpack is Tesla’s commercial battery product line, offering a range of saving benefits to businesses. Just like the Powerwall, only with more grunt, the Tesla Powerpack 2 lets your business use your own generated energy from the PV system during peak periods, when prices are highest – known as load shifting.

As well as increasing power infrastructure, the Powerpack functions as an emergency backup. In cases such as storms and cyclones, you may be able to reduce power interruptions. The Powerpack can also form as part of a micro-grid allowing you to boost your energy independence.

According to Tesla: “The Tesla inverter paired with the Powerpack 2 allows storage to be available to the utility industry at price points and with functionality previously unknown.” The unit has some limitations, including an operating range temperature of -30c to 50c, which means that it will need to be placed undercover in places like WA’s often baking northwest.

Is a Tesla Powerwall 2 worth the price?

On the surface, the pricing of the Tesla Powerwall seems to have gone the opposite way to most tech. The first generation of Powerwall was released at cost price, most likely to boost enough sales interest to make production viable in Tesla’s Gigafactory manufacturing plant. The Powerwall 2 is indeed a bigger investment than the original, but it also has a greater capacity and an unparalleled 100% depth of discharge capability.

The company also doesn’t charge considerably more for their systems compared to their home in the USA, unlike other organisations that gouge Aussies for being in a different market’ or ‘remote’ or however they justify it. That’s another plus in our book.

Choosing who installs your system is also important to maximise the value of your investment. Under Australian consumer guarantees, sellers and installers of Powerwalls are responsible for providing a repair, replacement, or refunds on units that fail during their ten year warranty period. Thankfully, Koala Solar continues to prove that we’re here for the long haul.

To learn more about the benefits of the Tesla Powerwall 2, book an obligation free consultation with the Koala Solar team.